The bridge connecting Aka and Geruma islands.

Both the high-speed Queen Zamami and the regular Ferry Zamami stop in Aka Port whenever they come to Zamami Village.  The smaller inter-island ferry, “Mitsushima,” provides transportation between Zamami Port and Aka Port multiple times throughout the day.  The Ferry Zamami stops in Aka both before arriving in Zamami as well as after leaving Zamami on the way back to Naha.  For those taking a day trip via the Ferry Zamami, using Aka Port gives you an extra hour of time in the village.  Please check the Aka-Geruma itineraries for more information. 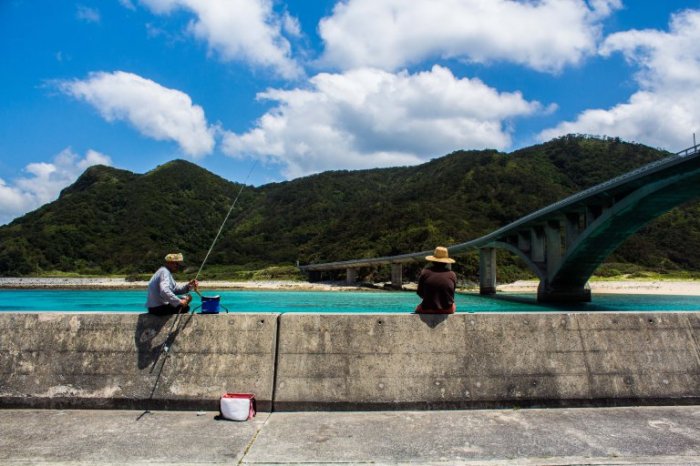 If you can believe it, Aka is a little more laid back than Zamami, and Geruma takes it even further.  Photo courtesy of Jesse Whitehead’s “Kerama Blue” article from Ryukyu Cam.

While Aka (250 people) and Geruma (60 people) have much smaller populations than Zamami (600 people) Island, they have a large number of accommodations and marine-leisure services.  However, there are only a few places to eat on both Aka and Geruma combined.  Aka-Geruma tends to be even quieter and more relaxed than Zamami Island.

People aren’t the only ones that inhabit Aka and Geruma islands.  Photo courtesy of Jesse Whitehead’s “Kerama Blue” article from Ryukyu Cam.

In addition to the diving and sea kayaking services, Nishibama Beach is the main beach on Aka.  Nishibama faces the north-west towards Amuro and Tokashiki Islands allowing for views worthy of a national-park paradise.  Like most all beaches in the village, Nishibama’s waters are filled with coral, fish, and all kinds of sea life.  Similar to Furuzamami, Nishibama has facilities, food, and rentals too.  However, those beach services are seasonal, and it would be good to have someone check if they are open before you head over. 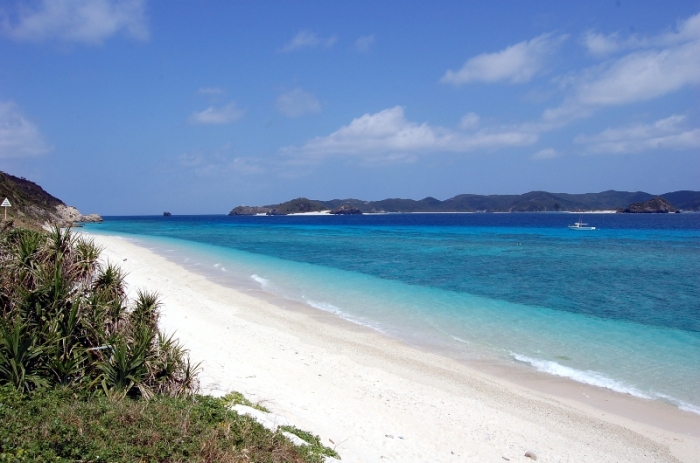 Aka and Geruma have a few observation decks from which visitors can take in a unique set of priceless views.  In addition to the traditional points, the tall bridges between the islands are some of the best spots for enjoying the scenery. 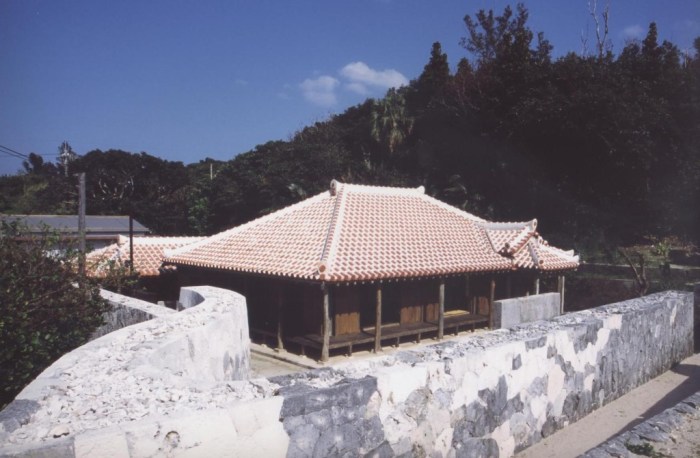 One final attraction specific to Aka-Geruma is the nationally-protected species of deer native to the islands, aptly called “Kerama Deer.”  Walk along the mountain roads, in the town, or under the bridge, and you might come across a deer or two grazing on whatever greenery they can find.

Don’t limit yourself to only one island–hop over to Aka and Geruma islands to experience all of the unique treasures that the village has in store!